Con/Artist is my story as written by investigative journalist Giampiero Ambrosi. The book is now available on pre-order from Amazon and will be released by Hachette Books on November 22, 2022.

The world’s most renowned art forger reveals the secrets behind his decades of painting like the Masters—exposing an art world that is far more corrupt than we ever knew while providing an art history lesson wrapped in sex, drugs, and Caravaggio.

The art world is a much dirtier, nastier business than you might expect. Tony Tetro, one of the most renowned art forgers in history, will make you question every masterpiece you’ve ever seen in a museum, gallery, or private collection. Tetro’s “Rembrandts,” “Caravaggios,” “Miros,” and hundreds of other works now hang on walls around the globe. Last year Prince Charles received into his collection a Picasso, Dali, Monet, and Chagall, insuring them for over 200 million pounds, only to later discover that they’re actually “Tetros.” And the kicker? In Tony’s words: “Even if some tycoon finds out his Rembrandt is a fake, what’s he going to do, turn it in? Now his Rembrandt just became motel art. Better to keep quiet and pass it on to the next guy. It’s the way things work for guys like me.” That scandal is the subject of a forthcoming feature documentary by Academy Award nominee Kief Davidson and investigative journalist Giampiero Ambrosi, in cooperation with Tetro.

Throughout Tetro’s career of over forty-five years, his inimitable talent has been coupled with a reckless penchant for drugs, fast cars, and sleeping with other con artists. He was busted in 1989 and spent four years in court and a one in prison. His voice—rough, wry, deeply authentic—is nothing like the high society he swanned around in, driving his Lamborghini or Ferrari, hobnobbing with aristocrats by day, and diving into orgies when the lights went out. He’s a former furniture store clerk who can walk around in Caravaggio’s shoes, become Picasso or Monet, with an encyclopedic understanding of their paint, their canvases, their vision: and hide it all in a grubby California townhouse with a secret art room built into the bathroom. (Press #* on his phone and the mirror pops open.) Pairing up with one of the investigative journalists who uncovered the 2019 scandal, Tetro and collaborator Ambrosi unveil the fascinating truth of the art world in an epic, alluring, utterly believable, and all-true narrative.

"There are Tetros in museums around the world, I'm sure."
- Larry Steinman. C. Lawrence Galleries

The Ferrari Complete with Test Plates

Tony with his forged Ferrari

Tony In the LA County Jail

Tony At the Warhol Challenge 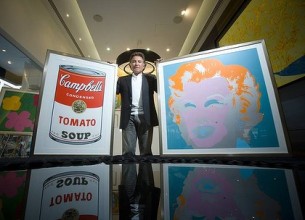 Tony and the Warhol Challenge 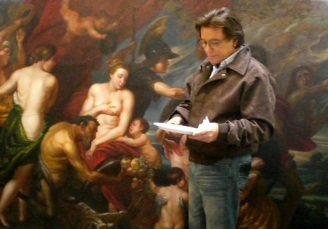 Tony On The Cover of Art Market 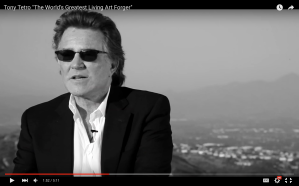 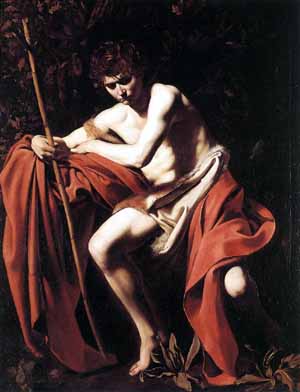 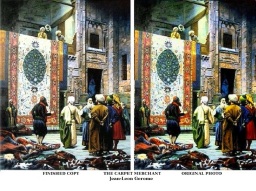 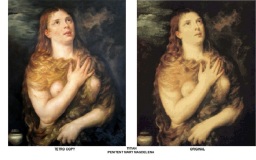 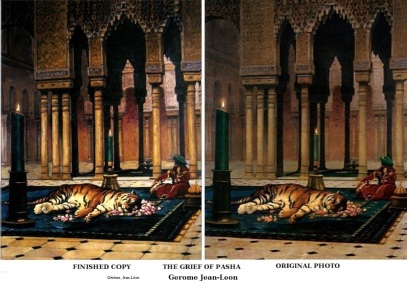